Video: Inside A 'Stop The Bleed' Class

Avery Baldwin is the education program coordinator and a paramedic at REMSA, the Regional Emergency Medical Services Authority, which provides ambulatory services for Northern Nevada. He says more people have been requesting bleeding control courses in the wake of hostile events like mass shootings and bombings. It can take EMS a few minutes to get to an emergency location, he says, and that time could mean the difference between someone dying of blood loss and someone surviving.

"So, it's likely going to be the person that's with you or in the same room or in the same building, sitting next to you, that is the one that's going to stop the bleeding and potentially save someone," Baldwin explained.

Joey Walker, an instructor at Leading Edge Threat Mitigation, says he came to the class because he's in the business of saving lives. He teaches self-defense lessons, including active shooter defense.

"I'm hoping to learn how to save a life, whether it's mine or a family member or someone that I have no idea who they are," Walker said.

Val Weston was one of those who, prior to the class, thought tourniquets were dangerous.

"Now, that we know that you can leave it on for several hours, it really helps with the decision-making process of when to apply it."

J. Brandon, another class participant, said the course is easy to understand. He's been carrying a tourniquet in his first-aid kit for six months without any training. Now, he knows how to use it.

This video was done in accompaniment to the story More Nevadans Are Learning To Treat Gunshot Wounds. 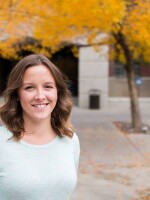