We are experiencing signal outages in the Bishop/Mammoth Lakes area. We are looking into the cause and hope to have signal restored soon.
Politics and Policy
KUNR 2022 Election Coverage

Many of the top-level Nevada Republicans running in 2022 have embraced the “Big Lie.” U.S. Senate candidate Adam Laxalt has falsely claimed President Joe Biden won thanks to voter fraud, and so has Secretary of State candidate Jim Marchant, who’s aligned with far-right activists seeking to end early voting. But down the ballot, lies about the 2020 presidential election have continued to fester.

Michelle Billman: Tabitha, you two have been looking at candidate statements, campaign websites and you’ve spoken with various candidates. Can you tell me what you’ve discovered?

Tabitha Mueller: When taking a look at the candidates who supported the “Big Lie” Bert and I were pretty conservative in our approach. We found that 16 candidates in state legislative primaries have publicly cast doubt on the election process or expressed their support for the “Big Lie.” That’s about a third of the legislative primaries in Nevada.

When I say “Big Lie,” what I mean by that is the false allegation that former President Donald Trump made that the election was stolen, and experts warn that the rise of these legislative candidates running on this platform could be a sign of growing support for fringe movements and anti-democratic sentiments.

Billman: Bert, how does all of this tie in with the Jan. 6 insurrection?

Bert Johnson: Well, the “Big Lie” really inspired the violence that we saw on Jan. 6, 2021. The U.S. House Select Committee just had its first public hearing looking into the insurrection. They said Trump engaged in a conspiracy to overturn the 2020 election results. They included a video interview with one of the convicted Capitol rioters, a man named Robert Schornak. Here’s what he said about how Trump inspired him to engage in the insurrection that day:

(SOUNDBITE OF ROBERT SCHORNAK FROM THE HEARING): You know, I had supported Trump all that time. I did believe, you know, that the election was being stolen, and Trump asked us to come.

At a rally before the insurrection itself, Donald Trump gave a speech that’s been widely reported on and part of what he said was, you know, you can't win back your country with weakness. He told his followers that they had to show strength. And he also said they had to demand that Congress do what he called the right thing, and only count the electors who have been “lawfully slated.” And, again, this ties back in with the “Big Lie,” because he was falsely claiming that a lot of the votes that had been legitimately cast for President Biden had actually been the result of voter fraud.

And, recently, the Department of Homeland Security also published a bulletin warning that threats of extremism are going to grow in the coming months. They said there are going to be several high profile events that could be exploited to justify acts of violence – and that includes the midterms.

Billman: Tabitha, there are lots of primary races. Why did you choose to focus on the state legislature specifically?

Mueller: So, we typically see less engagement with down-ballot races, especially in an off-year election. But I think it’s vital that we pay attention to these races because the candidates who are elected in these – especially in the state legislature – could enact changes to state law that have the potential to shift voting practices or voting regulations. And I also think this is going to serve as a litmus test for the “Big Lie’s” popularity in Nevada. I think it’s important that people realize these down-ballot races have a very significant effect on state policy.

Billman: What are the broader implications of your findings?

Johnson: When political candidates run on the “Big Lie” like this, it helps normalize that false narrative, keeps it in the public discourse and can make it seem more legitimate to people. I talked to Fred Lokken about this. He’s a political science professor at Truckee Meadows Community College, and here’s what he had to say about what that could mean for the democratic system.

(SOUNDBITE OF FRED LOKKEN): You have a growing number of Americans that would actually say doing a coup, over-throwing our government, stopping the constitutional process of the certification of the election is justifiable. Hence, now your democracy, your respect for the Constitution and the rule of law has vaporized and you no longer have a functioning democracy.

To his point, recent polling does show that a growing number of Americans support political violence. For example, a Washington Post poll from earlier this year found one in three Americans believe violence against the government can at times be justified. It still remains to be seen if the people responsible for the insurrection at the highest levels will face stiff enough consequences to prevent something like this from happening again. So far, the insurrection hasn’t inspired a backlash the way that previous political attacks have. For example, in 1995, the Oklahoma City bombing united the country against far right extremism.

Bert Johnson
Bert is KUNR’s Mountain West News Bureau reporter. He covers stories that resonate across Nevada and the region, with a focus on environment, political extremism and Indigenous communities.
See stories by Bert Johnson 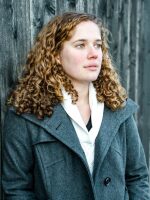