'I Told You So': Relationships With Dr. Jankovich

It feels so good to be right…so good that you want to say “I told you so” when what you predicted, comes true.

In my practice it’s the moms who are cautious about protective measures for the Covid-19 virus; they’re the parent saying “no” you’re not safe in gyms or bars or pool parties.  A mom was against her teenagers returning to the gym and Dad was for it; mom yielded to Dad and the kids got Covid-19.  She wanted the triumph of saying “I told you so”, but instead she gracefully chose to say nothing, because everyone in her house knew she had been right.  Rubbing in your victory with an “I told you so” doesn’t gain you credibility, because your debate opponent already knows you were right.  Rubbing it in also doesn’t bring you closer.  You want your partner to feel you have their back, you’re on their team; by triumphing over your partner, and with glee, they’re going to feel you get too much pleasure from being right.  Be gracious when you’re right; don’t point it out. 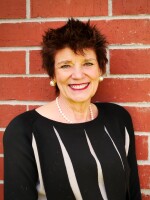