According to the New York Times, Vox Media, a publisher of online lifestyle and news brands, was preparing to announce the successful completion of  $46.5 million in financing from the New York investment firm General Atlantic. This would bring Vox's value -- a native digital firm that did not exist just a few years ago --  to $380 million, experts say.

Also in this discussion was the continued shedding of jobs of veteran journalists by traditional media organizations, at highlighted by the New York Times eliminating 100 positions through voluntary buy-outs or cuts.

More information about the Reynolds School. 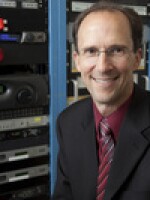