New revisions to Nevada’s election laws that were passed last spring recently went into effect. Our contributor Luiza Vieira has details on one of the laws that grants voters more access to ballot information.

“It does allow for voters who don’t check their mail regularly--particularly when we talk about younger voters who may move from place to place and not get access to a ballot, [they do] not know that they have to update their registration--it will open them to get more access to information," Hall explains.

Hall says access to more information won’t necessarily cause a great impact on voter turnout. A study by the group Nonprofit Vote ranked Nevada as 37th in the nation for its voter turnout back in the 2012 presidential election. Only 57 percent of Nevadans came out to the polls. But this year, Hall does expect more voters to cast their ballots. 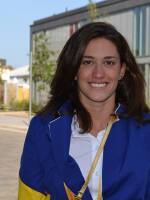