Nevada Ranked As One Of Worst States For Women

Nevada has been ranked as one of the worst states for women to live in. Reporter Rocio Hernandez explores why.

Women in Nevada are among the lowest paid and most uninsured in the nation, according to a study conducted by Wallethub, an online financial resource.

"So really all across the board, Nevada needs to step it up."

That was Jill Gonzalez, a Wallethub analyst who spoke with our partner KNPR in Las Vegas.

Nevada's female unemployment rate is 8.3 percent, the second highest in the nation, while 19 percent of women in the state are uninsured.

Gonzalez says that the state could do better to promote critical healthcare services such as breast and cervical cancer screenings.

“Some initiatives could go statewide that really help women know about these things, become aware of them and then, go out and actually do them.”

The only two states that ranked below Nevada were South Carolina and Louisiana.

NOTE: This story was produced from information provided in a recent interview from our media partner KNPR in Las Vegas. 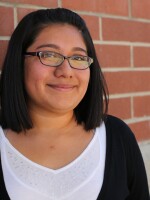