Our KNCJ web stream is experiencing an outage. We apologize for the inconvenience and hope to restore this streaming service as soon as possible.
Energy and Environment

Nevada’s state animal has been afflicted by disease for more than a century. The die-offs began when European settlers brought over domestic sheep that carried a bacteria that causes pneumonia in wild sheep. But in recent decades, Nevada’s bighorn population has been slowly rebounding, thanks in large part to efforts by conservationists. Much of the success comes from relocating healthy animals to good habitat to start a new herd.

Earlier this winter, biologists from the Nevada Department of Wildlife conducted another successful relocation in far Northern Nevada to move some 30 animals from the Pine Forest Range to the Bloody Runs, just north of Winnemucca. KUNR's Kathleen Masterson was there and has the story.

In the predawn light one February morning, all that’s visible is the dusky profile of the mountains and the headlights of more than 20 trucks, forming a long caravan winding up the dirt road. By the time the group arrives at the designated valley, the sun is just peeking out. Biologists, veterinarians, and volunteers begin setting up their makeshift medical tables to evaluate the bighorn sheep.

“So we want to make sure that you stay clear of the helicopter. We’re gonna have them drop sheep on this side over here, and then we’ll bring them to the tables, and then we’re going to load them in the front of trailer here,” says Ed Partee, a game biologist with the Nevada Department of Wildlife in Humboldt County.

Partee is addressing about 30 excited volunteers, gathered in a circle in the scrubby sagebrush of the mountain valley. Today the group will be responsible for carrying each bighorn sheep from the helicopter drop-off location to makeshift processing tables where the veterinarians will evaluate them.

“I’d like to get at least four people on each sheep when they go and pick them up,” instructs Partee. “These are going to run between 130 to 150 pounds, so let’s make sure we get underneath those sheep.”

Once the first sheep arrive, the entire operation will be conducted in whispers.

“Another factor with overheating is just fear can do that to these sheep,” says Peregrine Wolff, a veterinarian with NDOW. “They do not want to hear you talking. Indoor voices only, and whispering is the best thing.”

Wolff is interrupted by the distant whirring of helicopter blades, and soon the helicopter crests into view from behind the mountain peak. Dangling below the helicopter on a long rope are three sheep hanging in slings.

The highly trained team in the helicopter hovers above the ground and gently deposits the three sheep. The animals were captured on the other side of the mountain, trapped by a net gun and then carefully hobbled and blindfolded to calm them as much as possible.

As soon as the helicopter pulls away, the volunteers rush silently to the animals and carry them to the folding tables.

On the table, the animals seem small, most of the individuals weigh less than this reporter. One of the ewes is showing signs of stress; her legs are bound, but she’s kicking hard against the volunteers.

Whispering, veterinarian Wolff explains, “She’s getting an IV; I’m just trying to get her drugs in to calm her down. She’s just gonna be one of those girls that fights.”

Because her temperature is so high, Wolff wants to cool her using saline solution via IV. Volunteers drape cool wet towels over her panting abdomen and spritz her gently with cool water. When they re-check, her temperature has come down to 103 degrees Fahrenheit. The normal body temperature for these animals is around 101 degrees, but 103 is a safe number, not at risk of overheating.

The volunteers and veterinarian work quickly and quietly, checking her body condition, putting on an ear tag and tracking collar, and taking nasal swabs for future testing. Importantly, all these sheep in the Pine Forest Range were tested in October to ensure the herd doesn’t have pneumonia or the bacteria that cause the disease.

Over at the next table, there’s another female. Based on her heft, the vets decide to run an ultrasound.

After a quick pass of the portable device over her abdomen: “She’s pregnant,” says Wolff.  “They should be pregnant this time year, unless they’re really old or too young, and so we did see signs of a baby in ultrasound.”

Babies are good signs that the population is healthy, but the birth of lambs alone doesn’t mean the herd is free of disease. Biologists have found that some sheep can survive the pneumonia infection. They become carriers -- a sort of “typhoid Mary” -- that can spread the disease to other sheep, and could wipe out their whole herd.

“In some herds, we’ve lost up to 100 percent of the animals. The average I think West-wide is about 40 percent of herd,” says Wolff.

The disease was introduced to the West by domestic sheep carrying the bacteria, which were brought over by European settlers. The bacteria is airborne and transmitted by the animals coughing. Sometimes, domestic sheep would stray into a wild population or a bighorn ram would wander off seeking new lady friends.

When Lewis and Clark reached the West in 1805, there were likely more than one million bighorn sheep roaming the mountains. By the 1950s, the population had plummeted to just 24,000.

Now there are around 85,000 animals West-wide, but with the prevalence of disease, their situation remains precarious.

“We’ve put a lot of animals out there. Unfortunately, what’s happened, it's been kind of a 'one step forward, two steps back' over the last 20 years with die-offs,” says Cox.

Here in Nevada, relocations and other protection efforts have raised the bighorn population to around 12,000, the highest of all the lower 48 states.

The trailer carting 31 sheep -- 28 ewes and three rams-- climbs its way up a rugged dirt road. A volunteer opens the trailer door, and within seconds, skittish but healthy sheep leap into the air and bound uphill into the sage brush.

Within seconds, their dusty brown bodies melt into the scrubby sagebrush sea, and all that’s visible is the occasional bounce of a white rump as they bound uphill. The volunteers exhale a collective sigh of awe and relief, and there are congratulations all around.

One of the jubilant volunteers is Chris Cefalu, president of Nevada Bighorn Unlimited. His group, along with other nonprofits including the Nevada Mulies, raised over $100,000 for the capture.

“You do all this work, and it’s all done in about 20 seconds when you open that door; they hit the ground, they run up mountain, look over their shoulder. They probably think it was an alien abduction. We always joke about that,” says Cefalu.

“You do all this prep, all this work, all this money, all this effort, and in 30 seconds it's done and they are on the mountain.”

After a few more moments, some of the sheep have crested over the ridge and disappeared from sight.

Thanks to satellite collars, wildlife biologists will be able to track the animals and monitor the population.  Now it’s up to the sheep to settle into their new home. 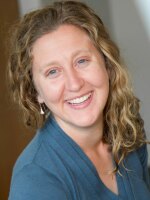