The U.S. Department of Agriculture is spending more than $490 million to reduce wildfire risk in the West.

The federal funding, which comes from the Bipartisan Infrastructure Law and the Inflation Reduction Act, is being invested in 11 especially fire-prone landscapes.

In the Mountain West, the money targets a total of nearly 10 million acres. In Idaho, $34 million will bring fuels treatments and watershed restoration projects to 1.5 million acres of the Nez Perce-Clearwater National Forest. In eastern California and northern Nevada, 3.4 million acres of the Sierra and Elko Fronts is getting $57.3 million.

“We look forward to protecting important infrastructure, powerlines, dams, municipal watersheds, military infrastructure, as well,” said Vilsack, adding that the department will spend more on these efforts in the future. “This is going to require a long-term commitment that spans a number of years. We didn't get into this circumstance overnight, we're not going to get out of it overnight.”

In fact, this is only the second year of the 10-year strategy developed by the USDA and the U.S. Forest Service to address the wildfire crisis, representing $930 million across 45 million acres so far. 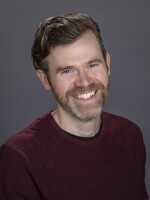