Nevada animal shelters on the verge of overcrowding

Animal shelters around the country are struggling with overcapacity and staff shortages. This year, 6% more animals have entered shelters than have left, according to Shelter Animals Count, a platform for shelter data reporting.

In Northern Nevada, the Humane Society of Truckee-Tahoe is seeing less interest from the community in adopting or fostering animals. Erin Ellis is their community engagement director. She said the Humane Society normally receives pets from other shelters that are overcapacity. But this year, they worry they might get to that point, as well.

"There are animals still coming in, but we aren't having the same amount of people coming in to adopt the pets once they're here," Ellis said. "We're not having to euthanize for time or space — we hope to never have to do that. But we're going to need our community's support to continue on that trajectory of not having to do that."

She said one factor is that they are seeing more community members returning pets to shelters. In Reno and Carson City, the Nevada Humane Society has approximately 800 animals in their shelters, which CEO Greg Hall said is higher than in the past two years.

Hall also said that the shelter is doing fairly well compared to a lot of shelters in the country.

Hall expects that there are multiple reasons for this problem, including the rising cost of living.

“Certainly inflation, the cost of living, housing prices, [and] rental prices are making it more difficult for people to own their pets," he said. "They're having to make tough choices about whether or not to try to seek to rehome them.”

Whatever the reason might be, Nevada shelters are now working to raise community awareness in order to promote pet adoption. Until Saturday, the Humane Society of Truckee-Tahoe is hosting a free adoption event, where adoption fees are waived.

Also Saturday, the Nevada Humane Society will bring back the Duck Race Festival to Wingfield Park in Reno, after two years of being virtual. Pets will be available for adoption at the fundraising event. Learn more here. 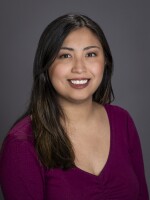