Here are your local news headlines for the morning of Tuesday, Mar. 2, 2021.

Nevada officials are preparing to cede decision-making power over the state’s coronavirus measures to county officials. In the five rural counties that have passed resolutions condemning the restrictions, it’s unclear how much will change. Elko, Eureka, White Pine, Lyon and Nye counties have all blasted Gov. Steve Sisolak for the measures he's implemented to contain the coronavirus. Officials in the five counties have also criticized state labor monitors and set up funds to reimburse businesses that have been fined for flouting guidelines. As Nevada vaccinates its population and the pandemic trends downward, counties will soon control guidelines in place to contain the virus.

Nevada expects to get 24,000 doses of the newly authorized Johnson & Johnson COVID-19 vaccine this week, but state officials have not yet detailed whether the single-shot vaccine will be targeted for use in any particular community. Some health officials across the U.S. have deliberated about prioritizing the Johnson & Johnson vaccine in mobile clinics or for homeless shelters or other communities where it’s harder to ensure someone comes back weeks later for a second shot. Nevada health officials say they are waiting for more guidance from a federal advisory group. Nevada has seen reports of new cases and hospitalizations drop since mid-January.

More than 669,000 COVID-19 vaccines have been administered in Nevada. Nearly 14% of the population has received their first shot and a little over 7% have received their second. This comes as the state is reporting an average of about 300 daily cases over the last two weeks, along with 7 deaths per day.

In Washoe County during that same time period, there have been an average of 41 daily cases. County officials haven’t reported any COVID-19-releated deaths over the last five days. More than 15% of Washoe County residents have received the first shot of the COVID-19 vaccine and more than 9% have gotten both doses.

Health officials hope the new Johnson & Johnson vaccine will be a game-changer in vaccinating under-served people in our region, but there’s some unnecessary confusion over the shot’s efficacy.

The one-dose Johnson & Johnson shot is easier to store and has a longer shelf life than the Pfizer and Moderna vaccines, but it has a lower efficacy rate in preventing moderate cases of COVID. Rupali Limaye said that shouldn’t be the focus. Limaye is a scientist with Johns Hopkins University.

"We need to think about efficacy related to prevention of severe COVID — severe COVID is what is going to lead to hospitalization and death," Limaye said.

She said all three vaccines are roughly equal in preventing severe illness and death. Think of it in terms of the flu shot.

"Let's say you still get the flu. The great thing about the flu shot, though, is that generally it reduces your severity and it reduces your duration. It's not going to lead to severe flu," she said.

A panel planning a permanent memorial to the 2017 massacre on the Las Vegas Strip is making a nationwide call for ideas about how best to remember the 58 people killed and thousands affected by the deadliest mass shooting in modern U.S. history. Officials on Monday launched a website questionnaire to collect comments until March 14 about issues such as where a memorial should be located. Clark County officials say ticket sales suggested that as many as two-thirds of the 22,000 people who attended the ill-fated country music festival were from other states, including California. 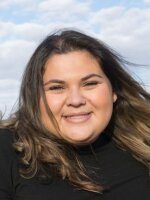