A film from a UNR graduate explores what happens when a local newspaper doesn’t have local reporters.

News deserts are those towns and communities without local news sources. With the Internet and on-demand content, newspapers are struggling, especially in rural areas throughout the region.

Carly Sauvageau is a recent graduate of the University of Nevada, Reno’s Reynolds School of Journalism, and she released a documentary looking at this issue. It’s called Untold Times, and it tells the story of local news in Tonopah, Nev.

Sauvageau recently sat down with KUNR’s Noah Glick to discuss the issue and the project.

Noah Glick: Let’s start with what got you interested in this topic, and what’s the film about?

Carly Sauvageau: I started being interested in news deserts throughout my academic college career, but I really got interested when I started grad school because we started talking about news deserts. And I did see in my hometown of Tonopah that the newspaper was kind of faltering. They don’t have a reporter that’s there constantly, not a reporter on the ground. They have people in Pahrump, but their staff is about four people. So even them, they’re very short-staffed, and they try their best, but it’s very hard.

Glick: I was reading on your website about the documentary, just about how you kind of noticed this trend of news becoming harder and harder to obtain in Tonopah. Tell me a little bit about what you saw growing up in Tonopah and what that looked like as the news landscape started to change.

Sauvageau: So a lot of this happened after I left, but slowly, there was just less local stories because the reporting team was so small in Pahrump, and they couldn’t come. Then, there was less reporting on education. There’s a huge turnover in the high school as far as employment goes and no one’s really reporting on that. There [was] stories with the town board that weren’t being covered. They’re doing a lot better now.

There [were] just a lot of stories that weren’t being covered because there was no one in the town, and it was just such a hard process to get the stories covered.

Tonopah still has a newspaper. It just doesn’t always have local stories.

Glick: You have your experience of growing up in Tonopah and what you saw and your experience there, but then you left, and now you’re studying this thing happening. What did you learn through this process about news deserts and specifically how this situation in Tonopah happened?

Sauvageau: So I went into this project thinking the definition of news deserts in the most academic sense is very simple. And I was looking at Nevada in general and kind of seeing, “Oh, this is a way more complicated issue than a lot of people talk about.” Even in Tonopah, if you think like a typical news desert, Tonopah still has a newspaper. It just doesn’t always have local stories. So that’s a big thing that I learned. It’s very different throughout the state. Everyone’s experiencing this transition from newspapers in a very different way.

Glick: What [have] been some of the impacts of that transition? What does that mean when we’re talking about not having local stories in your local newspaper?

Sauvageau: There’s a loss of civic engagement. There’s a loss of people [who] don’t always know about events that are happening. Research suggests also that it has an environmental impact, and living in a mining state, that’s kind of a big issue. There’s a huge lack of communication and transparency when there’s not a reporter in a community.

Glick: I do want to get into the documentary a little bit because you actually did speak with some folks who were reporting and working in Tonopah. Can you just tell me a little bit more about what they said and what you learned there?

Sauvageau: Arnold Knightly was the last editor for the Tonopah Times-Bonanza before Jeffrey Meehan. He is the current Nye County communications officer and [here] he's talking about what we have to lose when a reporter is not in a community.

Sauvageau: I learned that it’s very different for each person. That’s a big thing that I wanted to accomplish with this project, as well as to kind of give community context to news deserts. It’s not just an overarching general issue. The communities really inform what’s happening with their local newspaper.

Carly Sauvageau is a recent graduate of the University of Nevada, Reno Reynolds School of Journalism and a community outreach assistant for KUNR’s One Small Step initiative. Her recently released documentary “Untold Times” can be viewed at nevadanewsdeserts.com. 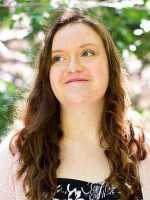 Carly Sauvageau
Carly is an intern for The Nevada Independent. She lives and works in Reno but grew up in Tonopah. Because of her experience growing up in a rural community, she is passionate about the effects of local media coverage on rural communities as well as representation of communities not usually covered in the news.
See stories by Carly Sauvageau
Related Content