The COVID-19 pandemic has strained supply chains and impacted businesses and consumers. KUNR’s Kennedy Vincent spoke to Brian Addington, a professor of logistics management at Truckee Meadows Community College, to find out why logistics companies are continuing to move to Reno and how that’s adding pressure to affordable housing challenges.

Kennedy Vincent: So, Brian, it’s been two years since the pandemic threw a wrench in the global supply chain. Where are we at in the system’s recovery?

Vincent: What are the biggest pandemic-related challenges that are still causing these issues?

Addington: Now, the pandemic created a unique situation in that we had several months of no demand. Everything shut down across the world. Everybody kind of huddled. I don’t know if you did this, but I know my family did, is we started shopping online. So the Amazons, the Walmarts, the Targets. Online ordering just became huge. It was already growing rapidly. We know e-commerce had already been growing. And so we started flooding those factories, and they started creating and getting ready to start shipping for us. Then we reopened the economy, and so that flooded into the demand.

Vincent: How has this impacted businesses within the Reno area?

Addington: Reno is kind of a special market. The Reno-Northern Nevada area has been growing and expanding at an extremely fast rate since the Great Recession. Nevada became the number three quickest growing area in population growth between 2019 and 2020. So there’s just a lot of people here looking for work, looking for housing, and we’ve got a severe land and housing shortage. And so it’s putting pressure on rents.

So businesses entered into this environment, and they’re finding out that if they recruit employees to Reno, those employees now have to pay 20-25% more in housing than they did just a couple of years ago. So businesses are having a hard time attracting and retaining their workers. And Reno itself has some of the lowest unemployment in Nevada; that’s good news. It’s also bad news in that employers are now chasing fewer employees that are available to work. And so the employers are finding that they’re offering hiring bonuses in order to get attention.

Vincent: How has this all impacted the workforce of logistics companies?

Addington: One thing I like to say about logistics in Nevada is it’s all geographic for us. And because land is cheaper here, a lot of companies locate here in Reno; they put their distribution centers here, and then they can go to California without having to pay California land prices, fees, taxes and all that.

So Reno as a city, Washoe County as a county, and the state of Nevada have to kind of work together and say, “How can we balance the income growth that we get from these companies coming in, building warehouses, and the ability to provide affordable housing, multi-unit housing, if businesses need that land as well?” And they’re going to compete against each other, so it’s going to be interesting to see how that falls out. And that will be something you’ll want to watch your Reno City Council people discuss and the mayor discuss. You’re going to see discussions with all the development agencies because they want to bring new businesses in, and the governor’s office has to kind of say, “Yeah, we want to bring in and invest in bringing in companies. But we’ve also got to find a way to set aside land for housing.” So that’s probably going to be one of the greatest challenges here.

Kennedy Vincent is a senior studying at the Reynolds School of Journalism. 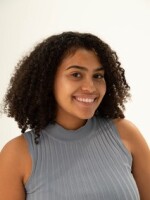