University of Nevada, Reno President Marc Johnson has announced that the school will not become a sanctuary campus for undocumented students, but it does support DACA, the Deferred Action for Childhood Arrivals program.

As the Trump administration prepares to take office, local concerns that DACA could be repealed are growing. To explore this issue further, let's turn to our reporter Sarah Parks.

DACA, or the Deferred Action for Childhood Arrivals is a program that provides temporary legal status for students. Those who qualify for these programs are generally known as Dreamers.

Alex Perez is a DACA student in Northern Nevada currently enrolled at Western Nevada Community College. (Note: We have changed this student's name for his protection.) His goal is to become a nurse. However, he is afraid that his status might prevent him from achieving that.

When Perez was four years old, he crossed the U.S. border illegally with his younger brother. They were brought across the border to reunite with their mother, who had crossed a year earlier.

Perez only remembers what happened in his dreams:

“I had this dream where I remember the smell of dirt, and I remember being on the back of somebody, but I remember not being able to see much. We went through a field to get to a van, but during that whole time I ended up getting cactus needles in my legs.”

Perez grew up in Nevada and attended public schools. It wasn’t until later that he realized the limited opportunities for him after high school.

“I can't get assistance like FAFSA to do anything with my life," he says. "It kind of feels like a slap to the face because you are going through school, everyone is telling you to prepare for college, then as a senior and as an immigrant it's like, nope, that's it.”

Lack of financial aid is one of the barriers keeping undocumented students from higher education, as they cannot get federal or state grant loans since they don’t have a social security number.

Emma Sepulveda from the Latino Research Center at the University of Nevada, Reno says that undocumented students are often punished for a decision they didn’t make.

"They were brought with their parents when they were two months old, five years old, 10 years old. They didn't break the law," she says. "They followed their family."

Roger Edwards, the Chairman of the Washoe County GOP agrees that it is not the child’s fault, but he says undocumented students should not be allowed to enroll in higher education until they have citizenship.

“It’s criminal that they get put in this situation, but that doesn’t justify taking money from someone else and giving it to the student because his parents did something illegal. There’s no justification for that anywhere, anyhow.”

Edwards says that being deported is a concern that the parents should have thought about before they brought their children into the country illegally.

“Jumping the border, overstaying their Visa, or whatever, doesn’t give anybody justification to reap the benefits of what America can provide, " Edwards says. "And a good education is one of those things.”

Instead, he urges undocumented students to obtain citizenship or to complete their education in their home country. But for Perez, the transition back to Mexico would be a hard one.

“Of course, Mexico is where I am from and I was born there," Perez says, "but America is more home than Mexico is.”

Perez says his goal is to continue his education as long as he can, and to become a citizen one day. 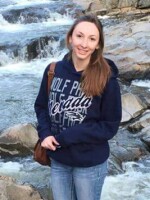