The City of Reno unveiled contents of a time capsule discovered within the Reno Masonic Lodge cornerstone, which developers unearthed in the historic building’s recent demolition.

The capsule was first laid on October 15, 1872, according to records of the Grand Lodge of Nevada. Artifacts include 1872 silver dollars from Carson City and San Francisco, a Mexican dollar, English quarter shillings, two American 3-cent pieces, a business card, various pages from newspapers, the constitution of the Masonic Grand Lodge and names of all Masonic officers in Nevada and Washoe County at the time, along with a harmonica.

The cornerstone was part of the Reno Masonic Lodge, which became the Reno Mercantile in the early 1900's. The building was the city’s oldest commercial building. Soon, the site will be home to an expansion of the Whitney Peak Hotel. Check out the full story here. 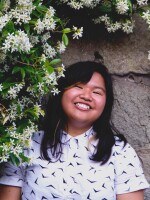