It's primary season again, and while much of the attention is focused on top-of-the ticket races, especially U.S. senator and governor, there's still a fight to control Nevada's state legislature.

For Democrats, there's the pressure to keep hold of the legislature after winning strong majorities in 2016. For Republicans, there's an attempt to retake the statehouse in time to reap the reward of also having a Republican governor.

Mathematically speaking, it will be hard for Republicans to win the 11 seats needed to control the state Senate. Because senate elections are staggered, just like the U.S. Senate, seven Senate Democrats don't have to run for reelection this cycle, while just three Republican incumbents are safe for the same reason.

When it comes to open seats, things aren't too different. Democrats and Republicans have four districts each where strong partisan advantages point to likely victories in November, meaning Dems are already at the 11 seats needed for control.

Even if Democrats lose all three available swing districts, all in the suburbs of Las Vegas, they'll come away keeping control of the chamber.

For many, it was the assumed reason the state GOP attempted last year to recall three state senators, two of whom were democrats who won races by razor-thin margins in 2016. Without those two or three extra seats, which could have easily flipped Republican given the right special election conditions, there is no easy path for Republican control of the upper chamber through normal electoral means in 2018.

The backers behind the recall effort filed a last-ditch appeal at the end of May, an appeal that will likely head to the state Supreme Court. The challenge centers on the validity of signature withdrawal forms, which were held constitutional by a district court judge in March. Those withdrawal forms disqualified hundreds of gathered signatures, effectively killing the two most potent recall petitions.

Should the backers win their court battle, it may trigger recall elections later this year that could put the Senate back into play.

While four of six Northern Nevada Senate seats are up for grabs this year, just one is looking at an actual primary challenge.

In Senate District 13, incumbent Democrat Julia Ratti will look to recapture the district she took in a 2016 special election. She'll face off against Charlene Young, representing the conservative Independent American Party, though demographics will play in Ratti's favor. District 13 encompases most of Reno/Sparks's urban core, an area that is overwhelmingly Democratic.

In Senate District 14, a wide-ranging district that encompasses both much of the Western Nevada rurals and a touch of the Reno/Sparks area, the front-runner appears to be assemblyman Ira Hansen, a Republican. Hansen represents an assembly district extremely similar in demographics to SD 14, and will only have to run against Thomas Kennedy, an Independent, and Wendy Boszak, a Democrat, to get a promotion to the upper chamber.

Senate District 16 covers much of South Reno and the Carson City area, which is by-and-large dominated by Republicans. It's represented by Ben Kieckhefer, a Republican who's running to keep hold of the seat in 2018. He'll have a primary challenger in Republican Gary R. Schmidt, but without the same kind of organization as Kieckhefer, Schmidt seems a longshot to win out in June.

Finally, in Senate District 17, Republican Sen. James Settelmeyer will run to keep his largely rural seat. Settelmeyer has no Republican challenger, and he will instead look to beat Democrat Curtis Cannon in November. 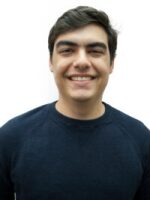