Just two Republicans denounced Robert Beadles after learning of his past controversial statements.

Editor’s notes: This is part of ongoing coverage made possible through a partnership between KUNR Public Radio and The Nevada Independent focused on the influence of the baseless claim that the 2020 presidential election was rigged by massive voter fraud, popularly referred to as the “Big Lie.”

This story was also produced as part of APM Reports’ public media accountability initiative, which supports investigative reporting at local media outlets around the country.

Two Washoe County public officials are denouncing comments made by GOP donor Robert Beadles after the publication of a story detailing his promotion of conspiracy theories and references to antisemitic propaganda on podcasts and livestreams while he sought to influence politics in Nevada’s second-largest county.

Washoe County Sheriff Darin Balaam and Washoe County District Attorney Chris Hicks, both of whom are Republicans running for re-election unopposed in 2022, have donated campaign contributions they received from Beadles to nonprofit groups. Balaam and Hicks said they do not share his political beliefs and do not wish to be associated with Beadles.

“I reject all of Mr. Beadles’ extremist positions, whether on race, religion, or anything else,” Hicks said in a written statement.

While Balaam and Hicks are distancing themselves from Beadles, the other politicians on the Nevada Ballot and current officeholders who received funding from Beadles this election cycle have dismissed concerns about his past statements, declined to comment or didn’t respond to multiple messages.

“Don’t know, don’t care,” Washoe County School Board Trustee Jeffrey Church said in an interview. Church, elected in 2020, was one of three donation recipients interviewed who shrugged off Beadles’ statements.

The comments came after The Nevada Independent, KUNR Public Radio and American Public Media published a story last month revealing that Beadles repeatedly shared controversial conspiracy theories and referred to the “Protocols of the Elders of Zion” — a long-debunked antisemitic pamphlet claiming Jews are conspiring to take over the world.

Beadles and his property management company, Coral Bay, contributed more than $1.1 million to political candidates and outside groups in Nevada over the last two years, according to campaign finance reports. A third of that came within the last three months. The bulk of his contributions went to pay for a recount of the gubernatorial primary results as well as research, legal fees, and marketing services provided to his PAC, The Franklin Project. Ahead of the general election, the PAC printed and distributed mailers supporting a slate of candidates running for positions in all levels of Nevada government.

After the publication of the previous story, reporters contacted the Washoe County Republican Party, and the 20 individuals who received donations from Beadles and are on the ballot in the 2022 General Election or are serving in office:

Beadles again declined to discuss in detail his past statements with The Nevada Independent, KUNR and American Public Media when approached in person at a recent political rally. But he has repeatedly criticized the story on his website, going as far as threatening a lawsuit, and claimed it was an attempt to undermine the candidates he’s backing.

“I give thousands of dollars to moral candidates, so they try to paint me as a racist to try and hurt our incredible candidates,” he wrote on Oct. 28.

“Let me be clear,” Balaam wrote in an email. “I find the public statements and political viewpoints of Mr. Beadles to be hurtful and divisive; his political expression in no way reflects my own political beliefs; and I do not associate myself with him in any way.”

Balaam wrote that he first met Beadles in September 2021, when Beadles requested a meeting to discuss voter fraud.

Balaam said he and his undersheriff met with Beadles a month later. During that meeting, according to Balaam, Beadles insinuated that he “may not be the kind of sheriff who has the courage to protect the rights of citizens or investigate corruption within the government.”

Balaam added that when he asked for a specific example, Beadles did not provide one.

After the meeting, Balaam said Beadles filed a case complaining about alleged voter fraud in Washoe County during the 2020 presidential election. Balaam said he forwarded the complaint to the FBI because it involved Washoe County personnel, and he believes allegations of that type of election fraud would fall under federal jurisdiction.

Around that same time, Beadles donated $5,800 to Balaam’s campaign. Two months later, Beadles invited Balaam to his home to speak with a group of business owners.

Balaam said he agreed to the meeting in January and added that Beadles gave his campaign another $5,000 after that meeting.

Balaam wrote that he has had no contact with Beadles since then.

Washoe County District Attorney Chris Hicks also donated $5,800 in contributions, minus $232 in processing fees, he received from Beadles. In an email, Hicks wrote that Beadles contributed to his re-election campaign in November 2021. Hicks described meeting with Beadles briefly around that time but said he was unaware of Beadles’ “radical and appalling views” because Beadles “was relatively unknown in the community at the time.”

In the spring of 2022, Hicks gave the money he received from Beadles to the local Boys and Girls Club. He did not disclose that redirected donation until last month. Hicks said he donated the contribution upon realizing Beadles’ “extreme and disturbing positions.”

“I did not wish to be associated with him and knew that [the Boys and Girls Club] would use the contribution much more positively than Mr. Beadles would if I had chosen to return it to him,” Hicks wrote in the email.

Hicks has served as the county’s district attorney since 2015.

‘Making a lot out of nothing’

At a campaign event last week, Republican Reno mayoral candidate George “Eddie” Lorton was busy shaking hands and encouraging people to vote for him. When asked about Beadles’ past comments, Lorton dismissed the reporting. He called it a “fake narrative.”

“You got one person and you want to attack him,” he said.

Beadles donated nearly $10,000 this election cycle to Lorton, who has unsuccessfully run for local office three times since 2014. On his blog, Beadles has promoted Lorton’s candidacy and attacked his opponent, incumbent Mayor Hillary Schieve, while using his Franklin Project PAC to send election mailers urging voters to support Lorton.

Mindy Robinson, a Libertarian Assembly candidate who received a $5,000 contribution from Beadles, said she met him while in Reno for this year’s national Libertarian convention. She downplayed Beadles’ statements about the “Protocols” and said he has a right to free speech.

“When I criticize the central banks, or if I criticize George Soros, or if I criticize [the] Rothschilds, I’ll get called an antisemite,” Robinson said, referencing debunked conspiracy theories that have also been shared by Beadles. “I personally don’t think the Jews control everything. … There are a lot of bad people in this world, and I do feel like we should be allowed to criticize. I don’t know why it always has to be antisemitic if they happen to be Jewish.”

Robinson has cast doubt on the legitimacy of the 2020 presidential election. Though courts have repeatedly found no evidence of widespread election fraud, Robinson praised Beadles for his continued efforts to sow doubts about the election.

“It seems like you’re kind of just going after him because he’s talking about election fraud,” she said. “And he’s probably been the biggest advocate for fighting and finding ways to beat election fraud.”

Church, a Washoe County School Board member, said he has met with Beadles on a few occasions. Church received $8,800 from Beadles and his company in 2021. But Church said Beadles does not influence his decision-making as a public official.

Though Church said he doesn’t share all of Beadles’ views, he insisted Beadles had “every right” to share opinions – and added that he is more concerned about problems within the school district than with Beadles’ views.

“I think it’s irrelevant. I think you’re making a lot out of nothing,” Church said. “He’s one member of the community.”

During more than 175 hours of recorded footage reviewed by The Nevada Independent KUNR and American Public Media, Beadles referenced the “Protocols of the Elders of Zion” in at least 12 livestreams last year.

In subsequent blog posts and in a brief interview, Beadles has both defended his comments and said they were taken out of context.

“It’s no surprise we’re making waves. It’s not because we’re lying. It’s because we’re showing truths,” Beadles wrote in a recent blog post. “I simply pointed to an old text called the ‘Protocols of The Elders of Zion.’”

When approached at a recent political rally in Reno, Beadles again declined to discuss his comments in detail, but said in a brief exchange with a reporter that his comments were taken out of context.

“You guys try to say that somehow I’m an antisemite because I said to read a book,” Beadles said. “It’s like if you read Mein Kampf [written by Adolf Hitler], I would call you a Nazi. It makes no sense.”

Ahead of the publication of last month’s story, Beadles would only agree to an interview if an unedited video version of the interview was posted prominently alongside the story. When told that publishing the full interview was a possibility but couldn’t be promised in advance, Beadles declined to be interviewed.

Since publication, he has reacted by threatening a libel lawsuit and posting comments about the story in five different blog posts.

“All propaganda, all programming, all narrative, half-truths at best,” Beadles wrote on Oct. 18.

Beadles also claimed that the “Protocols of the Elders of Zion” was only considered antisemitic propaganda after it was used by the Nazis to target Jews during the Holocaust, a claim disputed by historians and Jewish organizations. He suggested his followers read the text, which explicitly says Jews were conspiring for “nothing less than complete political and religious domination of the world.”

Holly Huffnagle, the American Jewish Committee’s U.S. Director for Combating Antisemitism, said she’s never heard of anyone suggesting the Protocols were written for any other purpose than targeting Jews.

“It was about Jews from the beginning,” Huffnagle said. “There’s no other group or entity or person that these ‘Protocols’ are about.”

“I put Christ first. He’s a Jew,” Beadles wrote. “I greatly support the most hated Jew by the left, Sigal Chattah, and somehow I hate Jews?”

A spokesperson said Chattah declined to comment for this story. But she defended Beadles on Twitter the day the story was published, saying he donated to her campaign and “Maybe he’s not an antisemite after all.”

Citing a right-wing website, Beadles has also suggested that his political opponents and the media are backed by George Soros. Beadles also claimed that Soros was a Nazi. Soros is a frequent target of right-wing conspiracy theories and has spent billions of dollars to support democratic and liberal causes.

“What they don’t want you to know is the real Nazi, a real antisemite, gives 10s of millions of dollars to Nevada candidates, politicians, and these same media companies through his various affiliations,” Beadles wrote of Soros in a blog post.

Several fact-checkers have debunked claims that Soros was a Nazi. According to a Soros biography published by the Soros-established Open Societies Foundation, Soros’ family, which is Jewish, had to use false identity papers to avoid detection during the Nazi occupation of Hungary.

Bert Johnson
Bert is KUNR’s senior correspondent. He covers stories that resonate across Nevada and the region, with a focus on environment, political extremism and Indigenous communities.
See stories by Bert Johnson 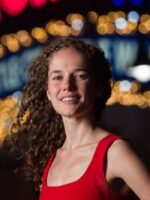 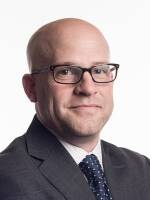 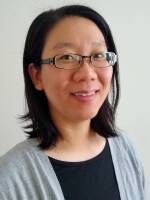