We are experiencing signal outages in the Bishop/Mammoth Lakes area. We are looking into the cause and hope to have signal restored soon.
Politics and Policy
KUNR 2022 Election Coverage

The fight for Nevada’s attorney general is heating up as Republican Las Vegas attorneys Sigal Chattah and Tisha Black battle for the chance to face Democratic incumbent Aaron Ford.

The attorney general serves as the top law enforcement officer and chief legal counsel of the state, focused on investigating and prosecuting crime, fighting fraud and corruption, and defending state agencies in court.

The incumbent, Aaron Ford, made state history in 2018 as the first African American elected to the office.

His challengers bring distinctive brands of conservatism to the campaign trail. Sigal Chattah has gained popularity among Republican activists for her lawsuits challenging decisions from Governor Steve Sisolak’s administration related to the state’s vaccine rollout and occupancy limits in churches amid the pandemic.

Chattah also made headlines after a former ally leaked a text message from her, saying that Ford “should be hanging from a (expletive) crane.” Chattah told the Las Vegas Review-Journal it’s an expression she commonly uses that stems from her Middle Eastern background.

The other GOP contender is Tisha Black, who is running a campaign more reserved in nature, managed by a well-connected GOP consulting firm. She recently stepped down as president of the Nevada Cannabis Association before announcing her candidacy, and she helped create the Nevada Bar’s cannabis law section.

Read more of this story at The Nevada Independent. 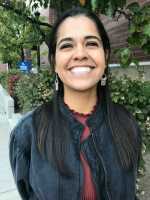