This weekend, the 49th annual Basque Festival took over Wingfield Park in Reno.

Members of the Reno Basque Club organized the event, in which dozens of people donned their traditional Basque apparel and took part in cultural performances and competitions.

Emcee Alison Hull has been dancing since she was three.

“Many of the dances involve many of the things that happen in daily life, from working in the field to when the fishermen are out and the fisherwomen are dancing, waiting for their return," she says. "So it’s really that and celebrating a culture and celebrating the life of this community.”

Some people also participated in other activities which to some folks might not look like art. But as Hull says, it’s very much a part of Basque culture.

“Not only with dancing, they consider the wood chopping as well as the weightlifting as an art," she says. "Because it takes training and true passion.”

Basque Americans hail from the Pyrenees Mountains between France and Spain, and have largely settled in the Western United States.

The festival drew in visitors and performers from other clubs around the region.

Check out our photo gallery highlighting the event. 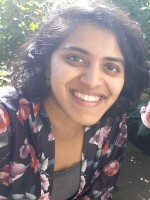