Here are your local news headlines for the morning of Wednesday, June 30, 2021.

As Wildfires Rage, Biden Will Raise Federal Firefighter Pay
By The Associated Press

President Joe Biden is set to temporarily raise federal firefighter pay to ensure that no one fighting wildland fires is making less than $15 per hour. That word comes from a senior administration official. Biden is set to announce plans for the pay raises as he holds a virtual meeting Wednesday with governors from Western states to discuss what’s already shaping up to be a torrid wildfire season. In addition, a huge part of the Northwest is in the midst of one of the worst heat waves to hit the region in recent memory. Biden also plans to announce other moves to help boost wildfire fighting capacity and prevention efforts.

Carson City is among the growing list of jurisdictions implementing fire restrictions this summer. According to the Carson City Fire Department, the restrictions are set to go into effect Wednesday.

With few exceptions, activities that could ignite a wildfire on dry fuels are now prohibited. That includes building a fire outside of a developed campsite, smoking, welding, lighting fireworks or burning yard debris.

The restrictions do not prevent property owners from the safe use of BBQs or patio fireplaces, provided they are used on non-combustible surfaces, away from ignitable wildland fuels on their own property.

A collective bargaining agreement between the Nevada Police Union and the state is heading to arbitration. The Nevada Police Union represents highway patrol troopers, parole and probation officers, university police, and other public safety workers. It's also the only one of four recognized state worker collective bargaining groups to not reach a deal with the state.

According to legal documents, the union wants three concessions. They include limiting when a supervisor can view body camera footage, increasing officer pay and providing guaranteed seniority provisions.

The state says many of the requests made by the union are moot because those changes need legislative approval. Arbitration sessions are scheduled for July.

Read the full story at thenevadaindependent.com >>

The City of Reno has designated a portion of downtown as a pedestrian safety zone. Workers installed bright yellow 20 miles per hour speed limit signs near the RTC bus terminal on the corner of Lake and Fourth streets on  Tuesday.

The zone is designed to cut down on the number of pedestrians injured or killed by vehicles by decreasing the speed limit and doubling traffic fines. Nevada has one of the highest rates of pedestrian fatalities in the country. The zone is a first for the state.

The Sparks City Council has approved a $700,000 deal to replace the pipelines that feed water to the Sparks Marina. First reported by KTVN, the council approved the contract between the city and Aspen Developers to fix the deteriorating pipeline this week. The lines regulate water between the marina and the Truckee River.

Several new California laws take effect Thursday, when the new fiscal year begins. Among them is a measure expanding California’s ban on buying more than one handgun in a 30-day period to include semiautomatic centerfire rifles. That includes some rifles that meet California’s definition of an assault rifle. Laura’s Law, a 2002 measure that allows judges to require intensive mental health outpatient treatment, becomes permanent. To qualify a person must have a serious mental illness and recent history of psychiatric hospitalizations, incarceration or violent behavior. Other new laws aid student loan borrowers and help homeowners who lose property in wildfires.

A newly built mansion in suburban Clark County has set a new record for the most expensive home purchase ever recorded in Southern Nevada. According to the Las Vegas Review-Journal, billionaire Anthony Hsieh, founder of mortgage firm LoanDepot, bought the newly constructed home in the Henderson foothills for $25 million.

Hsieh is not related to the late tech mogul Tony Hsieh, who died in November at age 46 from injuries suffered in a house fire. 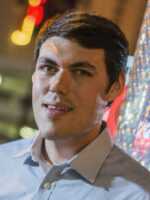 Riley Snyder
Riley has been with The Nevada Independent since its launch in 2017. He was the reporter and researcher for Nevada PolitiFact during the 2016 campaign season. Prior to that, he was a legislative reporter for the Associated Press. Riley's byline has appeared in the Los Angeles Times, the Las Vegas Sun and the Reno Gazette-Journal. He's also done freelance work for Reuters, The Washington Post, Reno Magazine and Reno News & Review.
See stories by Riley Snyder
Related Content