Booster shots for all three COVID-19 vaccines are now available in Washoe County. Local health officials released a statement Friday saying those who are eligible can “mix and match” by getting any of the three vaccines as a booster. For residents with health concerns, they advise getting guidance from a doctor.

According to the CDC, people who got the Pfizer or Moderna series, and are at least 65 years old, are eligible. Someone can also be eligible if they are 18 years or older and have underlying medical conditions, live in long-term care settings, or work or live in high-risk settings. People must be at least 6 months out from completing previous vaccine doses.

Those who received the J&J vaccine can get a booster if they are at least 18 years old and are at least two months out from completing previous doses.

The boosters are available at many local pharmacies along with the Community Health Alliance. Washoe County will start offering walk-in appointments on Wednesday at the Reno-Sparks Livestock Events Center.

That rate has improved from 67% in mid-July to 73% now, though it still remains significantly below the national average of 85%. State officials point to vaccine hesitancy coupled with challenges nursing homes face with federal reporting requirements.

Earlier this month, the Regional Transportation Commission announced anticipated cuts to transit service in Washoe County due to labor shortages. After receiving public feedback, those possible cuts have been put on hold. RTC spokesperson Lauren Ball says progress is being made to recruit new drivers.

“We’re hearing from our contractors that they are having recruitment successes. They have some bonuses in place right now to bring more people on board, so we’re hopeful that we don’t have to make any of these changes going forward,” Ball said.

The RTC has also been dealing with service interruptions during two recent labor strikes, including one that ended last week in Reno.

This story includes reporting from Shelby Herbert, a reporter for the Hitchcock Project for Visualizing Science.

Nevada lawmakers: $1 state DMV refunds to be made in-person
By The Associated Press

Nevada lawmakers have decided that motorists who want refunds of a $1-per-transaction surcharge collected since 2020 will have to go in-person to state Department of Motor Vehicles offices. The Las Vegas Review-Journal reports the state Legislature’s Interim Finance Committee approved the refund program Thursday. It aims to comply with a court ruling that the surcharge was unconstitutionally authorized by the Legislature because the state constitution requires revenue measures to be approved by two-thirds votes in both chambers. Republicans opposed the surcharge. The DMV said it collected about $7 million a year from the fee. People will have to present receipts in person at a DMV office for refunds. Business that made lots of transactions can receive checks.

Nevada, Arizona, Idaho and Utah are among the states with the worst access to mental health services. That’s according to the nonprofit advocacy group Mental Health America.

During the pandemic, more people than ever experienced some form of mental illness. For Latinx residents, in particular it’s hard to get care. Lorraine Benuto is training bilingual psychology students to offer therapy in Spanish.

"There simply aren’t enough providers across the whole country, not just Nevada," Benuto said. "And not that I can fix that problem per se, but I can certainly be part of the solution by training students."

Benuto runs a program offering free and low-cost counseling. She said demand for services spiked during the pandemic, which had a disproportionate impact on communities of color.

The Nevada Wolf Pack football team lost a close battle against a conference rival over the weekend, falling to Fresno State 34-32. The loss moves Nevada to 5-2 on the season, while the win boosts Fresno State to 6-2.

Nevada Quarterback Carson Strong threw a touchdown late in the game to bring the Pack within two, but the team couldn't convert on the two-point conversion.

Nevada's next game is a home matchup against in-state rival, UNLV. Kickoff is at 7 p.m. Friday.

Noah Glick
Growing up in Indiana, Noah Glick is a Westerner at heart. As a reporter, he has covered everything from climate change and economics, to flood plains, renewable energy and western culture.
See stories by Noah Glick 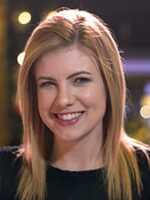 Megan Messerly
Before joining The Nevada Independent in 2017, Megan was a reporter at the Las Vegas Sun, where she covered the 2016 election as the paper’s one-woman politics team. She also wrote magazine features for the Sun's sister publication, The Sunday.
See stories by Megan Messerly