A few months ago, a private developer transformed dilapidated apartments in Reno into housing for homeless veterans. Reno public radio’s Alexandra Mosher [Moe-sure] visited one of the new tenants to see how he is settling in.
“This is my living room. It's not that big, but I enjoy it."

U.S. Air Force veteran, Curtis Thomas lost his home in Las Vegas after he was sent to prison in 2014. Thomas knew that he needed to change his life around so in prison he began contacting Veteran’s Affairs and when he was released they temporarily set him up in a hotel room.

Now, Thomas finally has his own place again.

“My quality of life has changed immensely," Thomas explains. "Even if you live in a hotel, it's not a home, so to speak.”

"Once we get them stabilized we follow a process here called the Housing First model which essentially states that things in life are much easier if you have a stable home," says Matt Kerr, a supervisor for the Veterans Affairs Supportive Housing Program in Reno.

Kerr says that there is more housing being developed near the VA hospital by a private landlord for homeless veterans. 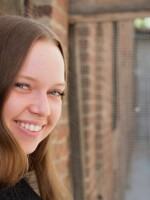