This coverage was made possible by a partnership between KUNR and The Nevada Independent. 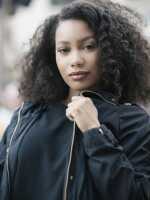 Naoka Foreman
Naoka Foreman is interning at The Nevada Independent after freelancing as a journalist since 2017, when she launched her pop-cultural newsletter series The Majority: The Official Newsletter From the Margin.
See stories by Naoka Foreman