The Numbers Fire South Of Gardnerville

Investigators have determined the cause of the Numbers Fire, burning south of Gardnerville.

They say evidence shows that a semi-tractor trailer rig may have had a failure in its exhaust system. This allowed hot particles to be discharged as the truck was heading south on Highway 395 on July 6. The particles ignited dry grass and brush along the highway right-of-way, starting several fires.

Investigators with the East Fork Fire Protection District, the Douglas County Sheriff’s Office, the BLM and the Forest Service conducted the investigation.

The Numbers Fire has burned 18,340 acres and is 98% contained. If you have information about the fire, authorities ask you to email 2020firetips@gmail.com.

Firefighters have contained 98 percent of the Numbers Fire, burning Southeast of Gardnerville, in the Carson Valley.

The fire has burned  18,342 acres of brush and grasslands, as of the latest update last night from the Bureau of Land Management.

Winds, plus hot and dry conditions are expected on Monday.

The Numbers Fire is now 88 percent contained and is estimated to be 18,342 acres in size by the Bureau of Land Management. A little more than 400 personnel remain on scene. The BLM is reporting that 3 structures and 37 outbuildings have been lost or damaged by the fire. The National Weather Service has a red flag warning in effect for Sunday due to hot and very dry conditions.

600 Firefighters Halt Growth Of Nevada Wildfire, For Now
By The Associated Press

More than 600 firefighters have stopped the growth of a Nevada wildfire southeast of Lake Tahoe that had threatened up to 1,000 homes, but fire officials warned Friday "a high potential for fire growth remains" as a warm and dry weather pattern persists over the area. The fire has burned more than 28 square miles of mostly rugged terrain in Douglas County near the California line. The Bureau of Land Management estimated the fire that broke out Monday evening about 10 miles southeast of Gardnerville is now 40% contained. Three homes and about three-dozen outbuildings have been destroyed but no injuries have been reported.

Growth tapered off overnight on Thursday for the Numbers Fire, burning near Gardnerville, according to Douglas County officials.

The county cautioned drivers to be aware of increased fire traffic in the areas around the Douglas County Fairgrounds, as crews are working out of a firecamp on the grounds. They said drivers should also limit the use of Pinenut 2 and Blossom Canyon Roads; they are only open to residents.

An Inciweb data update said that the Numbers Fire, burning near Gardnerville, has burned nearly 18,300 acres and has been 30 percent contained.

The Bureau of Land Management has updated estimates for the Numbers Fire, burning south of Gardnerville. The agency says it has burned 18,300 acres and is just twenty percent contained.

Thursday, crews were flown to the upper ridgeline of the Pine Nut Mountains to try to limit fire spread over the ridge into Smith Valley. Helicopters supported crews by dropping water from buckets and delivering supplies.

The weather over the fire area will continue to be hot, dry and breezy. A pattern of high temperatures and low relative humidity is expected to continue for several days.

The Bureau of Land Management said the Numbers Fire, burning near Gardnerville, has charred 17,400 acres. Firefighters have built containment lines around 20 percent of the burn area.

The Numbers Fire is 5 percent contained and its size is estimated at roughly 20,000 acres. Three structures have been lost and 37 outbuildings. The cause of the fire remains unknown and multiple local, state and federal agencies are on scene.

Douglas County reported that Highway 395 has been cleared by NDOT and is safe for the public to travel. Drivers are reminded that they should still be careful on the road and drive slowly. In addition, drivers should also be aware of firefighters and equipment along the highway.

The road had previously been closed due to safety precautions and guard rail damage from the Numbers Fire.

The Bureau of Land Management has reported that firefighters have gained five percent containment on the Numbers Fire, burning near Gardnerville. The agency estimates the fire has burned about 18,000 acres.

Most evacuations on the #NumbersFire have been lifted, except Pinenut 2 Road, East of Out Our Way.

NDOT has been replacing the burned wooden guardrail posts there so the highway will be safe once fire conditions allow. Highway updates can be found online at nvroads.com.

Residents are reminded to be careful when driving through the fire area as crews and equipment are still working on or near roadways.

Anyone who was traveling on Hwy 395 between Ridge View and Holbrook Junction on Monday, around 6:30-7:30pm is asked to email 2020firetips@gmail.com with whatever information you have.

Crews are monitoring the region to try and learn where the path of the fire will go. Smith Valley Fire Protection District is advising that there is a risk the Numbers Fire could spread to Lyon County in the Smith Valley/Wellington area. The fire may reach Red Canyon or Little Burbank Canyon later today. Lyon County Emergency Management will provide updated information as it becomes available. If

Due to COVID-19, Lyon County will not be able to open shelters in the event of evacuation. Citizens in the Upper Colony Road area are urged to plan ahead and consider making arrangements to stay in motels or with friends or family not in the area of the fire.

The Bureau of Land Management reported Wednesday morning that firefighters have gained five percent containment on the Numbers Fire, burning near Gardnerville.

Evacuation orders for Blue Bird and Out our Way area are being lifted, according to the BLM.

Evacuations have been lifted for two areas affected by the Numbers Fire. Douglas County officials say people living in the Pine View Estates and Bodie Flat areas can return home.

Evacuations are still in effect for the Out Our Way Area and Blue Bird and Lena Way.

Residents of Pine View Estates and Bodie Flat will need to show an ID before they are allowed back into their homes.

A spokesperson for Douglas County advises people to be very careful on US 395.  Drive slowly because fire crews and equipment will be on the road.

Firefighters are expecting winds to die down after 9 pm Tuesday night and into Wednesday morning but unfortunately pick up again Wednesday afternoon.

Residents should remain vigilant, be aware of their surroundings, and have an evacuation plan.

The Numbers Fire started Monday evening and has burned 18,000 acres of Pinion Pine and Juniper trees south of Gardnerville in Douglas County.

The Numbers Fire in Gardnerville has expanded to 18,000 acres and is zero percent contained.

Western Nevada will by impacted by smoke Tuesday night and Wednesday, according to the National Weather Service Reno.

Areas such as Gardnerville, Minden, Carson City, Yerington, Smith Valley, Schurz and Hawthorne are likely to experience periods of poor air quality and visibility under three miles Tuesday night and into Wednesday morning.

Officials advise those who are sensitive to smoke to avoid extensive exposure and close the windows before going to sleep Tuesday night.

The Numbers Fire in Gardnerville has expanded to 7,500 acres and zero percent contained.

Road closures remain in place, including 395, which is closed at Riverview and SR208. Pinenut is also closed at Arroyo, but residents can come and go with ID, according to Douglas County officials.

Evacuations have not been lifted for any of the evacuation locations. Once again, those are Pine View Estates, Bodie Flat, Out our Way area, Blue Bird and Lena Way.

Douglas County officials are asking people to stay away from the Power Dam area.

East Fork Professional Firefighters say the Numbers Fire was three fires that burned into one, and that arson investigators are on scene, but the cause of the fire has not been determined, according to KOLO 8. KOLO 8 also reported that smoke from the Numbers Fire is reducing air quality in Carson Valley.

Douglas County said Tuesday morning that the Numbers Fire in Gardnerville has expanded to roughly 5,000 acres, with zero percent containment.

County officials confirmed that one structure and 10 outbuildings have been lost. All evacuation orders and road closures remain in effect.

NV Energy is working to restore power in the area, according to the County.

The Bureau of Land Management has updated the amount of acres burned by Gardnerville's Numbers Fire to 4,500. Progress on building containment lines around the burn area remain at zero percent.

The Federal Emergency Management Agency said that it has approved the use of federal funding to assist Nevada in firefighting efforts against the Numbers Fire.

FEMA said the grants provide funding for up to 75% of eligible firefighting costs.

One home and 10 outbuildings have been burned by the Numbers Fire, East Fork Fire officials told KOLO-TV.

The station reported Tuesday morning that the fire has spread to about 5,000 acres, and 350 structures are threatened. Fire officials said firefighters haven't been able to build containment lines around the burn area.

Officials said the firefighters' goal on Tuesday is to defend any threatened structures.

Evacuation orders remain in effect on Tuesday morning for Pine View Estates, Bodie Flat and Out our Way area.

U.S. 395 at Riverside Drive and S.R. 208, as well as Pinenut Road at Arroyo Drive remain closed. Douglas County officials said it estimates the fire has grown to 2,500 acres.

The Numbers Fire is burning in the Pine Nuts, specifically in the Pine View area of Gardnerville. According to the Douglas County Facebook page, the fire has consumed more than 2,500 acres.

Officials say reverse 911 notifications have gone out for most of the eastern part of the Valley and the Pine Nuts. They are asking residents to stay aware overnight and to respond to Search and Rescue as well as the members of the Douglas County Sheriff's Office.

The Carson Valley Inn has been established as an evacuation site for anyone needing a place to stay due to the fire. Because of the pandemic, Douglas County will not be opening the Community and Senior Center at this time.

Current road closures include 395, which is closed at Riverview and SR208. Pinenut is also closed at Arroyo. Agencies ask people to stay clear of these roads. 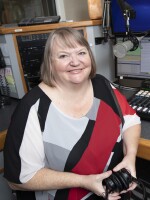 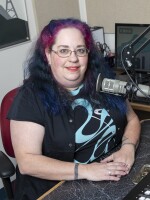