Here are your local news headlines for the morning of Thursday, July 1, 2021.

Nevada Minimum Wage Raises To $8.75 On July 1 Under 2019 Law
By The Associated Press

Nevada’s minimum wage is set to increase by 75 cents on Thursday to $8.75 an hour for employees who get health benefits and $9.75 an hour for those who do not. The state’s Democratic-controlled Legislature in 2019 passed a law gradually increasing to the state’s minimum wage to $11 for those with health benefits and $12 for those without by 2024. The first increase was last year. Democrats, including President Joe Biden, have been pushing to raise the federal minimum wage to $15 an hour. The federal minimum is $7.25 and has not been raised since 2009.

Officials with the new Nevada CARES Campus said more caseworkers are needed to address the needs of Washoe County’s unsheltered population. The comments were made during a meeting with U.S. Senator Jacky Rosen.

Rosen toured portions of the new homeless shelter as part of an extended swing through Washoe County this week. The first-term Democrat was shown large rooms with rows of beds, the area where guests are served meals and where animals are permitted at the shelter. Paid for using the federal CARES Act, Rosen said she’ll work to bring more money back to the community.

“I want to be able to give funding streams that give our cities the flexibility to do what’s going to work, for the population we have, and, so, that’s why I’m touring here, writing down all the questions I have, all the ways I think I can help and [I will] take that back to Washington,” Rosen said.

Rosen said one of the biggest needs she identified is workforce. Pat Cashell with Volunteers of America, who operates the facility, said the shelter needs more case managers.

“Building those relationships with individuals, and getting them to where they know that we’re here to help them, and not hurt them and take from them, is a huge undertaking,” Cashell said.

Cashell said there are 10 caseworkers at the shelter, but he hopes to double that number. There are about 700 beds available at the shelter.

Nevada Casinos Take In Record $1.23B In Winnings In May
By The Associated Press

Nevada’s tourism and gambling industry has come roaring back after the pandemic shuttered casinos and drove tourists away last year, with casinos setting a record in May by winning $1.23 billion. It’s the highest single-month win in the state’s history, blowing past a $1.165 billion record set in October 2007. The record win came before tourist-reliant Nevada on June 1 lifted virtually all restrictions on crowds and business capacity. The casino’s take has topped $1 billion for three months in a row. Even before the restrictions lifted in June, tourists were again flocking to Las Vegas casinos, and most casino resorts were allowed to return to 100% capacity.

Clark County Sheriff and GOP candidate for Governor Joe Lombardo is bucking current Republicans trends by voicing support for universal background checks on firearm sales. Lombardo voiced his support for backgound checks during a recent Q&A session with the Nevada Firearms coalition, the state affiliate of the National Rifle Association.

At the same time, he also vowed to repeal or restrict other gun control measures approved in past years by Democrats in the Legislature if elected. The deep dive into firearms policy highlighted Lombardo’s more moderate take on other gun issues, which included opposition to “constitutional carry” and tepid support for limits on high capacity ammunition magazines. That stance may serve as a stark dividing line between the sheriff of the state's most populated county and other Republican gubernatorial hopefuls.

The latest heat wave brought another round of record-setting temperatures to the Tahoe Basin. That’s according to the Tahoe Daily Tribune.

The National Weather Service reported a high of 89 degrees in South Lake Tahoe Tuesday, tying the previous record set in 2013. The average high for this time of year is closer to the upper 70s. South Lake Tahoe broke four heat records in the past two weeks.

Fire Restrictions Implemented In The Elko District
By Isaac Hoops

The Bureau of Land Management implemented fire restrictions for the Elko District this week. The restrictions are a response to increasingly high temperatures and winds.

Some of the regulations include prohibiting camp and charcoal fires, welding without a permit, parking on dry vegetation and operating off-road vehicles without a spark arrestor.

There were a total of 13 human-caused fires within the Elko District last year. There have already been nine fires this year.

Carson the Tortoise, who was adopted by former Governor Brian Sandoval’s family, recently celebrated his fifth anniversary living in the Nevada Governor’s Mansion. That’s according to the Nevada Appeal.

16-year-old Carson was originally rescued in 2016, and he’s since become a fixture of the mansion. Desert tortoises can live up to 50 years. That means Carson will likely remain an unofficial mascot for Nevada’s governors for years to come.

Editor’s note: This web post was updated on Thursday, July 1, at 12:20 p.m. PT to correct a spelling error. 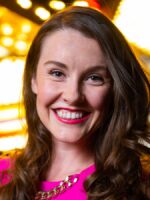 Michelle Rindels
Michelle has been with The Nevada Independent since January of 2017. She spent six years at The Associated Press (AP) before coming to The Nevada Independent. She alternated between Carson City and Las Vegas to cover the legislature, campaigns, and Nevada and Utah breaking news for national and international audiences.
See stories by Michelle Rindels 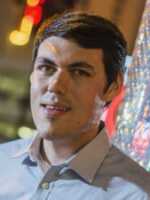 Riley Snyder
Riley has been with The Nevada Independent since its launch in 2017. He was the reporter and researcher for Nevada PolitiFact during the 2016 campaign season. Prior to that, he was a legislative reporter for the Associated Press. Riley's byline has appeared in the Los Angeles Times, the Las Vegas Sun and the Reno Gazette-Journal. He's also done freelance work for Reuters, The Washington Post, Reno Magazine and Reno News & Review.
See stories by Riley Snyder