We are experiencing signal outages on 91.7 in Reno/Verdi and 91.9 in Susanville. We are looking into the cause and hope to have the signal restored soon.
News
COVID-19 Regional Coverage

A Nevada-based technology company that had lobbied state lawmakers to let it form a semi-autonomous smart city in the rural desert has withdrawn its proposal. Blockchains said on Thursday that it no longer planned to construct a smart city that revolved around their technology, but planned to continue building out their platform in Nevada. The company had proposed creating new jurisdictions called “Innovation Zones” that would initially be governed by a company-nominated board that could create court systems, impose taxes and make zoning decisions. The proposal provoked opposition from environmentalists, local government officials and people skeptical of the growing power of technology companies.

Union leaders and the Washoe County contractor that operates Reno’s regional bus system are headed back to the bargaining table to try to negotiate the end of a nearly two-week-old strike. It's the second since August. Bus service has been limited to a few main, streamlined routes, creating a hardship for riders who say they’ve been facing long waits to be picked up. The previous collective bargaining agreement between the Teamsters and Keolis North America expired July 1. Discussions include a proposal by the company to change the way drivers’ routes and schedules are decided. The two sides planned to meet Thursday and Friday.

Officials with the Regional Transportation Commission in Washoe County say they’re anticipating service cuts early next year. Both RTC and its operators are citing the labor shortage caused by the pandemic. Many drivers have also been on strike for the past two weeks as negotiations between transit officials and union leaders continue.

Passengers are already experiencing missed trips and delays. RTC is asking for public input on the proposed cuts. RTC’s transit-service contractors have increased their recruitment efforts, including offering signing bonuses, but reductions will take effect in January if the contractors aren’t able to hire more drivers.

According to a new poll released by The Indy, Governor Steve Sisolak is leading former U.S. Senator Dean Heller by two points and is basically tied if he ends up facing Clark County Sheriff Joe Lombardo in the general election.

The results are worrisome for Nevada Democrats, who have won the vast majority of top-line races in the state since 2016. The numbers also reinforce Nevada’s status as a true swing state. The Mellman Group conducted the poll, which has a 4-percent margin of error, by sampling 600 likely Nevada voters in mid-September.

California is encouraging more use of fire to fight fire, such as when deliberately set burns were recently used to protect giant sequoias from a raging wildfire. But sometimes what are known as prescribed fires themselves spread out of control, causing their own extensive damage. A bill that Gov. Gavin Newsom signed into law Wednesday adds legal protections for private landowners and those who manage the blazes by raising the legal standard for seeking wildfire suppression costs from simple negligence to gross negligence. Opponents said the liability change leaves wildfire victims with a more difficult and less efficient cost recovery process.

Phoenix, other cities keep growing as climate danger rises
By The Associated Press

Soaring temperatures fueled by climate change are making it harder to live in some of the nation's fastest-growing cities, such as Phoenix and Las Vegas. But in one of the more remarkable findings from the 2020 census, the searing weather has not deterred Americans from settling in such places. New population data shows that people keep flocking to communities where climate change makes life more uncomfortable and more precarious. A map by the Federal Emergency Management Agency found that the five fastest-growing cities in the U.S. — Phoenix, Las Vegas, Houston, Fort Worth and Seattle — are in counties at high risk of natural disasters such as hurricanes, flooding, wildfires and heat waves.

Nevada's governor says a decrease in COVID-19 case rates and an increase in vaccinations is at least partly due to a nearly two-month deployment of federal emergency management “surge teams” in parts of Las Vegas. Gov. Steve Sisolak said Thursday that test positivity, a key measure of the spread of COVID-19, has decreased statewide to 8.5%. The rate peaked at 15.7% in Clark County, in the first week of August, and is still above the World Health Organization goal of 5%. FEMA teams arrived in mid-July. Statewide, Sisolak said 63% of the eligible population age 12 and older has now received at least one COVID-19 vaccination shot. 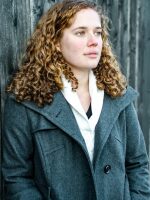 Tabitha Mueller
Tabitha Mueller arrived at The Nevada Independent to work as an intern in 2019 after working as a freelance contributor for This is Reno. She is fascinated by storytelling, place and the intersection of narrative and data analysis. Tabitha holds a B.A. from Middlebury College where she majored in English and geography with a Japanese minor. When she is not tracking down a story or listening to podcasts, you can find her hiking Nevada’s gorgeous terrain, perusing local bookstores, playing Quidditch and discovering Reno’s hidden stories.
See stories by Tabitha Mueller 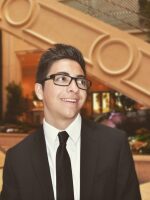 Sean Golonka
Sean Golonka joined The Nevada Independent after working as a contributor for Boston University News Service and a columnist for The Daily Free Press. Sean also worked as a producer for BUTV10's award-winning professional sports talk show Offsides. He graduated from Boston University with a bachelor's degree in journalism and a minor in mathematical statistics. When he's not combing through data for a story, you can find Sean watching NBA games, checking out new coffee shops and listening to hip-hop music.
See stories by Sean Golonka
Related Content